Simone D’Amico photographer and videographer class ’81. Having graduated in foreign languages ​​and literature since 2010, he has begun to reap the first fruits of a passion that began in his teens, photography. Parallel to the work of receptionist and customer care where he develops a particular attention to the customer’s needs. He began to weave several collaborations both as a photographer and as a videographer with various local professionals from whom he learned the “tools” of the profession of wedding photographer. Meanwhile he specializes in a branch that will be decisive also for his final training, namely that of reportage, following workshops and carrying out projects in this sense. In 2013 he was invited to report, together with other photographers, of his project on contemporary dance at the Galata fotoğrafhanesi in Istanbul. Also in 2013 he participated with the Istanbul, Istanbul project in a photographic collective exhibition at La Feltrinelli in Catania. In 2014 it optimizes its skills by specializing as a web editor and approaching sensitively the current multimedia trends and dynamics through the development of websites and the deepening of social issues. In addition it also explores another branch of photography, that of interiors and still life. Always passionate about cinema, music and literature, his work is a continuous striving for the breaking of any scheme and convention, something he tries to convey in every shot. 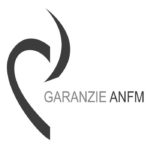 The photographer Simone D’Amico of the DS Studio Studiofotografico, with a view to maximum transparency in the relations with customers, he undertakes to guarantee his presence to cover the requested photographic service and to do not be substituted by any internal or external collaborator (except for serious reasons, documentable, which make it impossible for the photographer to do the work). It also guarantees that the images submitted to the client for the presentation of the works, are really the fruit of their own technical abilities e creative, also undertakes to ensure extreme clarity in prices, and to deliver a contract together with the contract price list containing all the extra costs and options that could be requested in the future, such as for example additional prints, albums, reprints and any other element that may change the initial estimate. 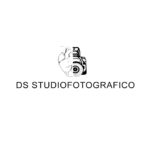